Perhaps because of his training abroad, or his decision to live next to the waves in the province of Manabí, Sebastián Florido's (1988) work is perceived as fresh and novel in the Guayaquil context. His painting is based on a casual guration of strident colors, expressionist contrasts and variegated compositions, in which rare characters and ambiguous situations appear, loaded with personal and cultural references. Florido produces his works in Ayampe, in his residence called Casa Jaguarundi, in honor of a brown feline, similar to the puma, but not much bigger than a cat, that lives in dierent parts of Latin America. The culture of surng (which the artist has been practicing for several years), the beach and the visual nature of the rural areas of the Ecuadorian Coast signicantly inuence his work: the scenes that we see in his paintings come from his daily life and his surrounding environment, but they do not constitute a postcard image or a faithful representation of that reality, rather they are derived towards a ction of the local based on their own experiences. The uncertain narratives, at times confusing, that are observed in his pieces, incorporate multiple references from the popular culture of Ecuador. But, contrary to the art produced in the 1990s and the rst decade of the new century, Florido does not seek to question a notion of Ecuadorianity, but rather to revel in the multiple forms that it has, for example, in the social landscapes of the coastline, popular speech, endemic ora and fauna, religious icons, food culture, among others. In his works, various elements of local culture coexist harmoniously in settings that refer to a more global visuality, a symptom of how his generation sees the world. In this set of paintings, the character of the Fusilero Jaguarundi stands out, a kind of self-representation of Florido who, not without humor, manifests a peculiar attitude towards life and art, which contradicts what would conventionally be expected of him in society. We also see something of this in the phrase "Those Vague Days", as the artist is also known, in which he claims free time as a necessary condition for artistic creation. - Ana Rosa Valdez. 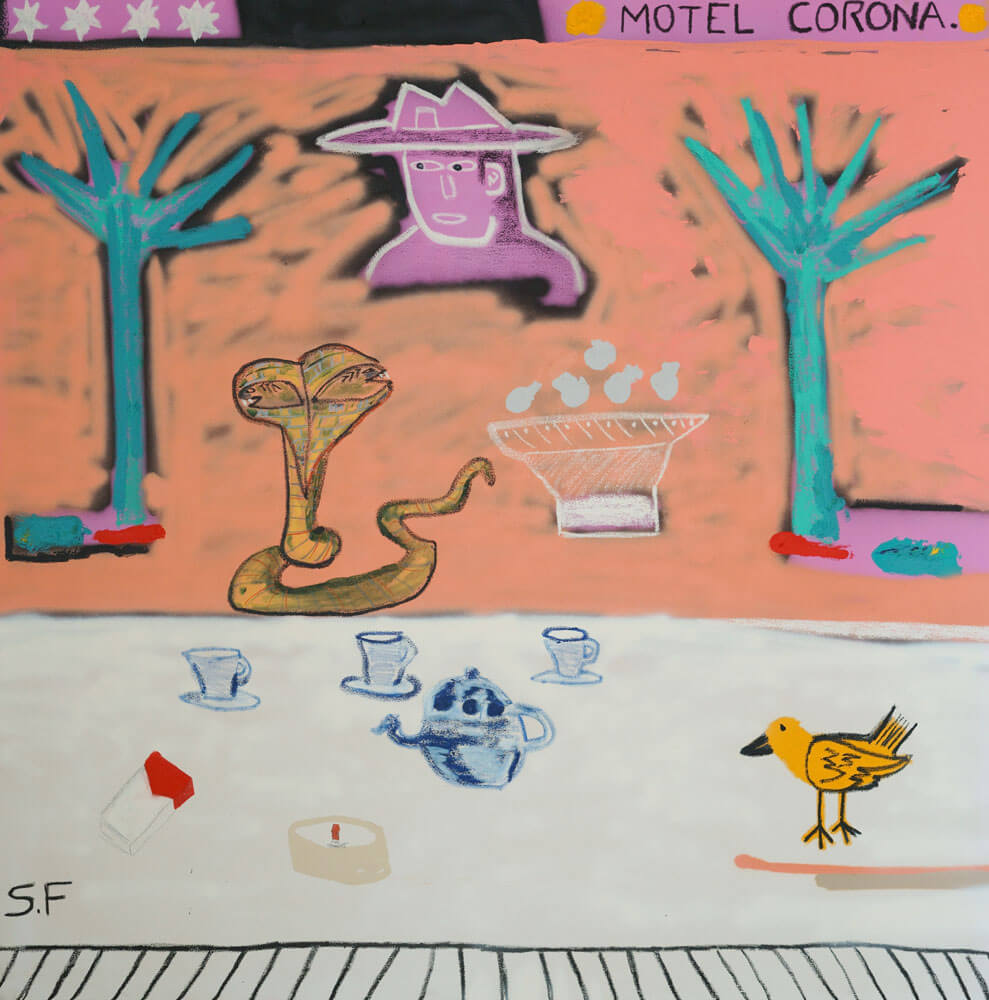 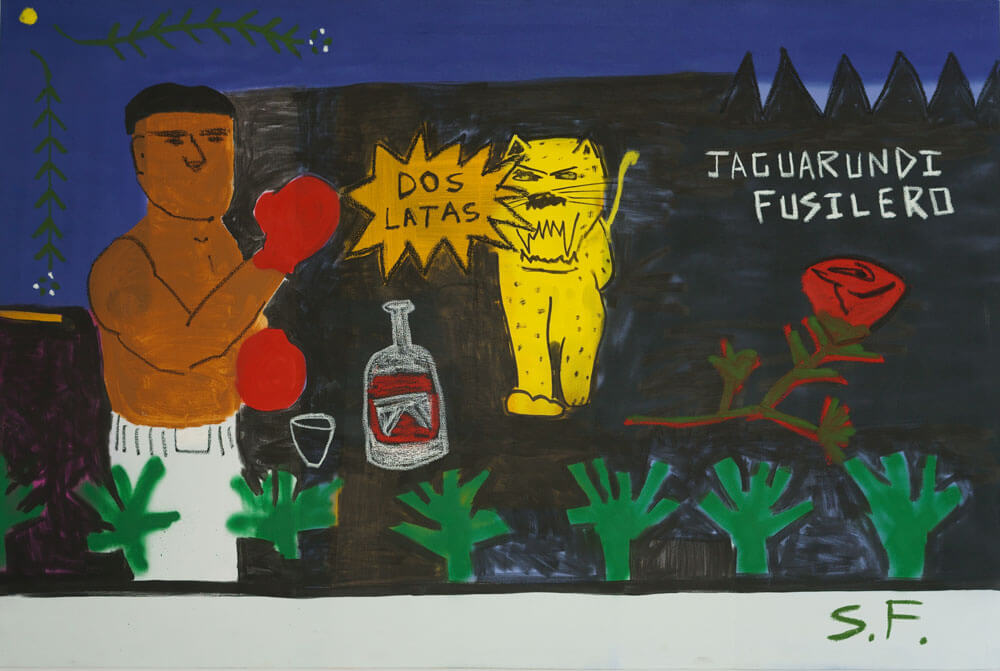 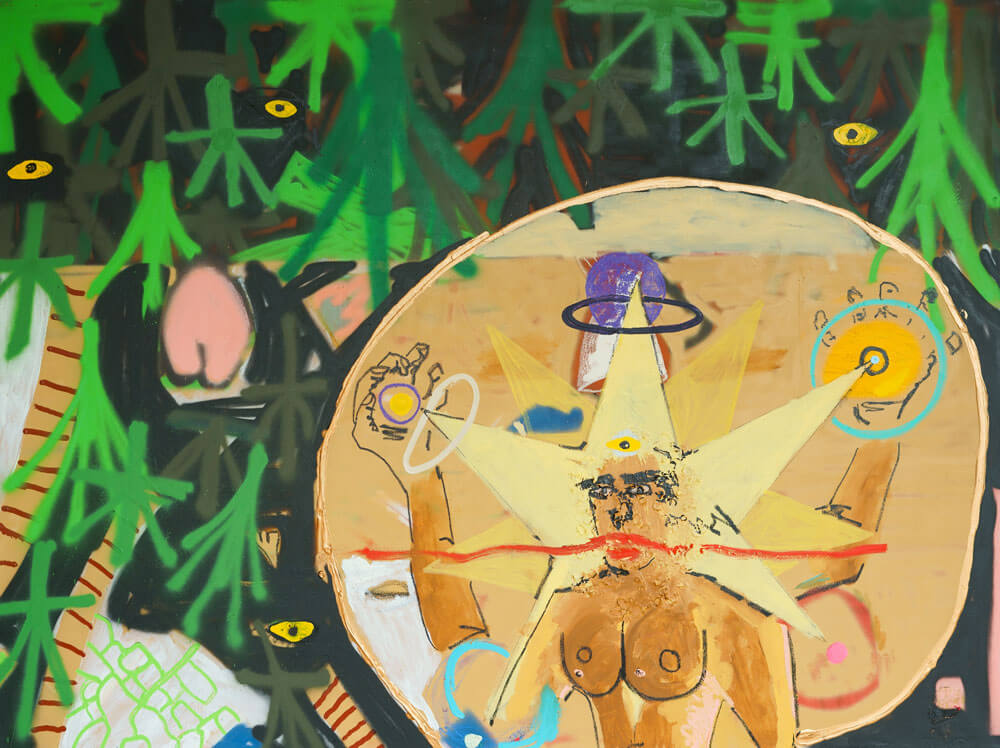 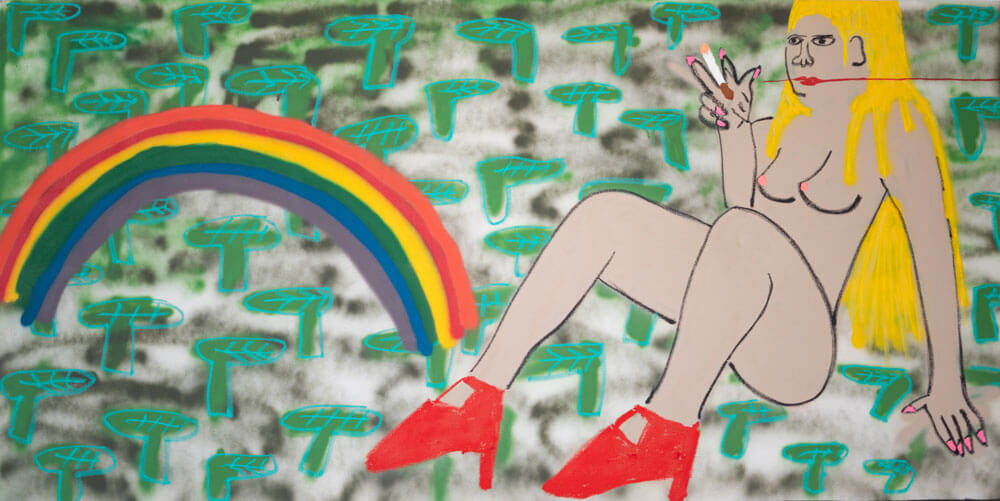 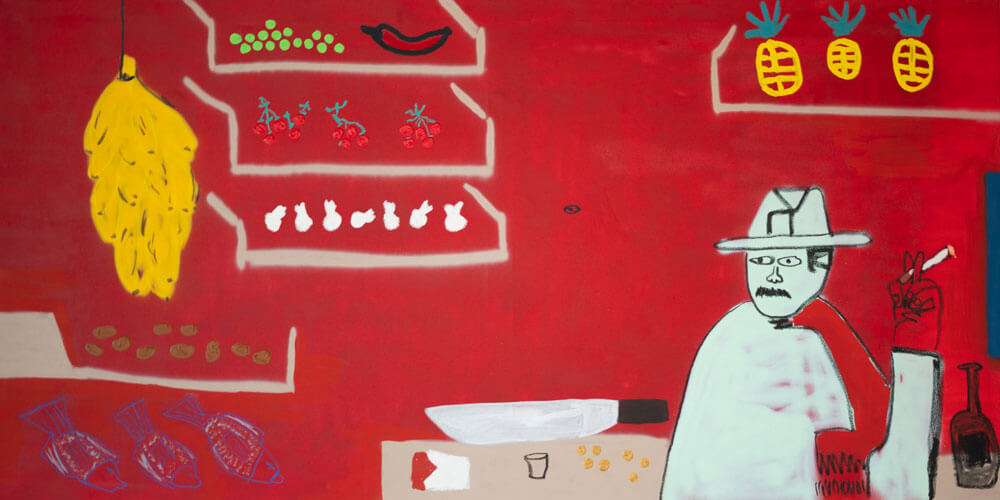 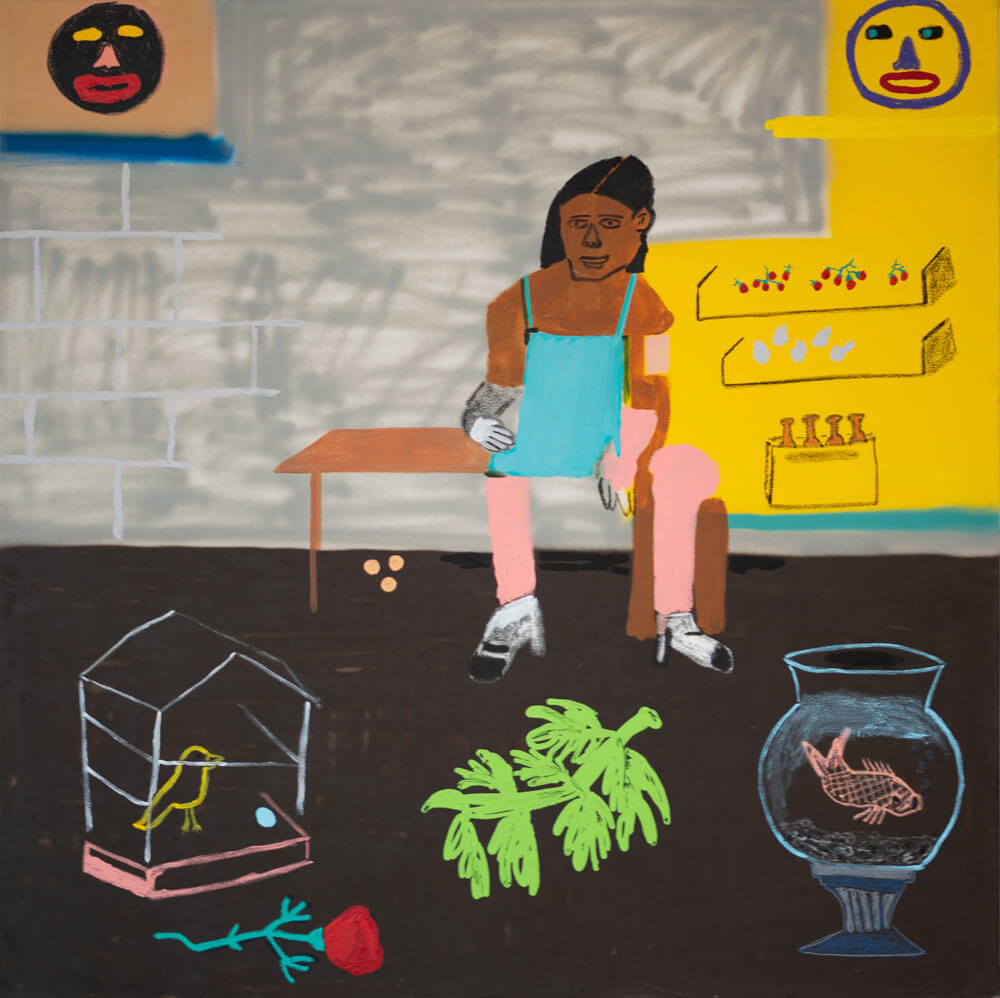 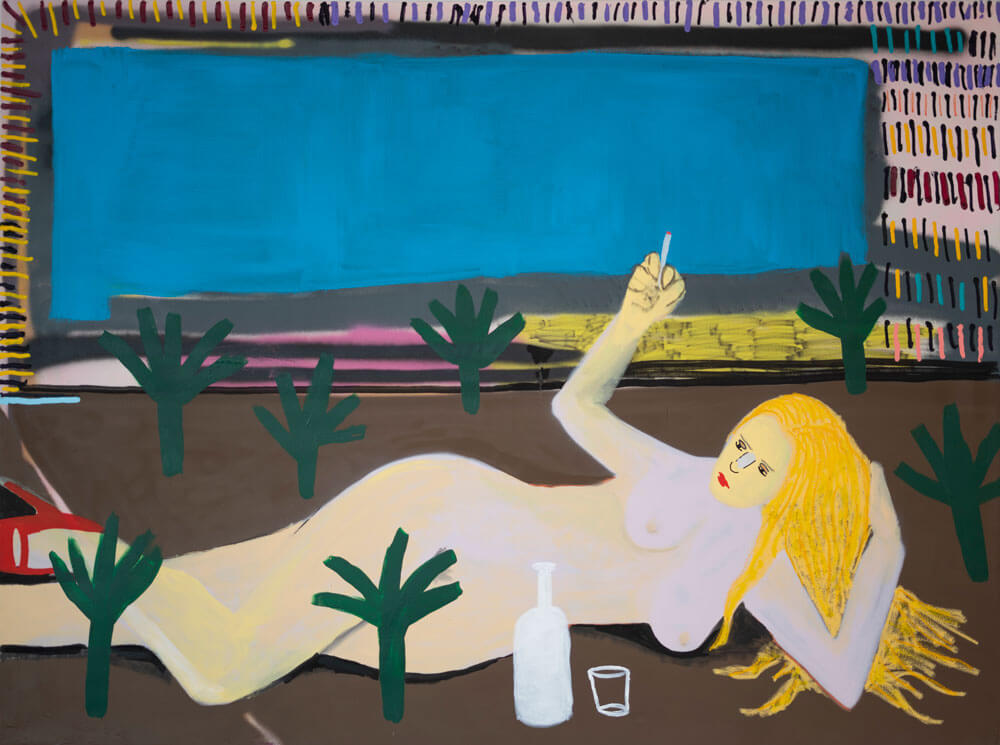 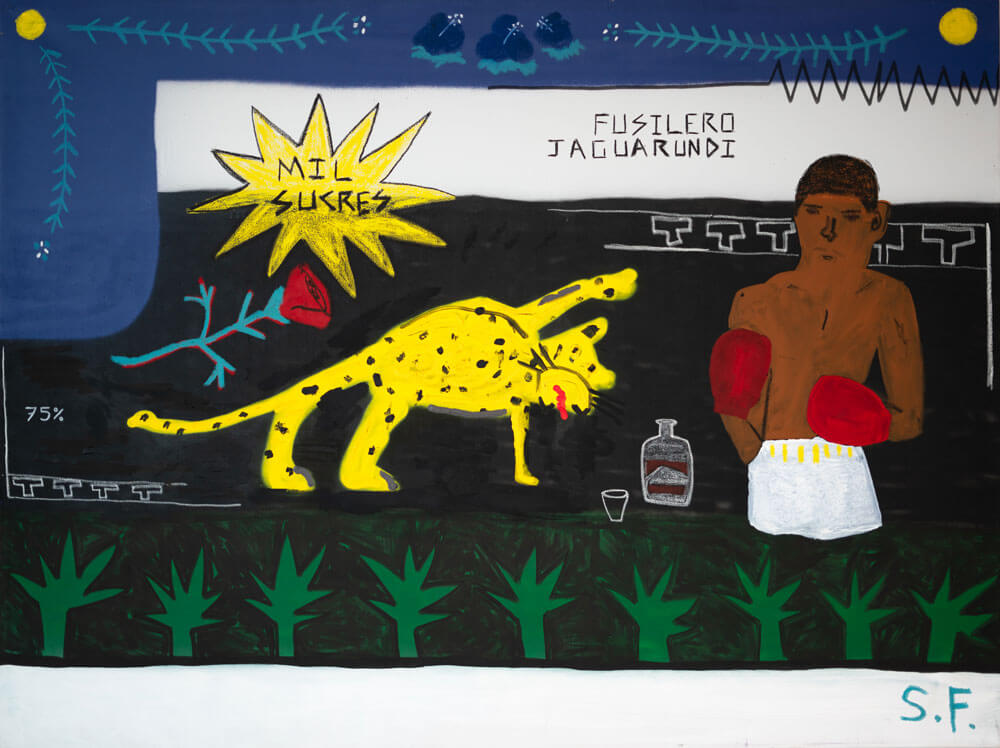 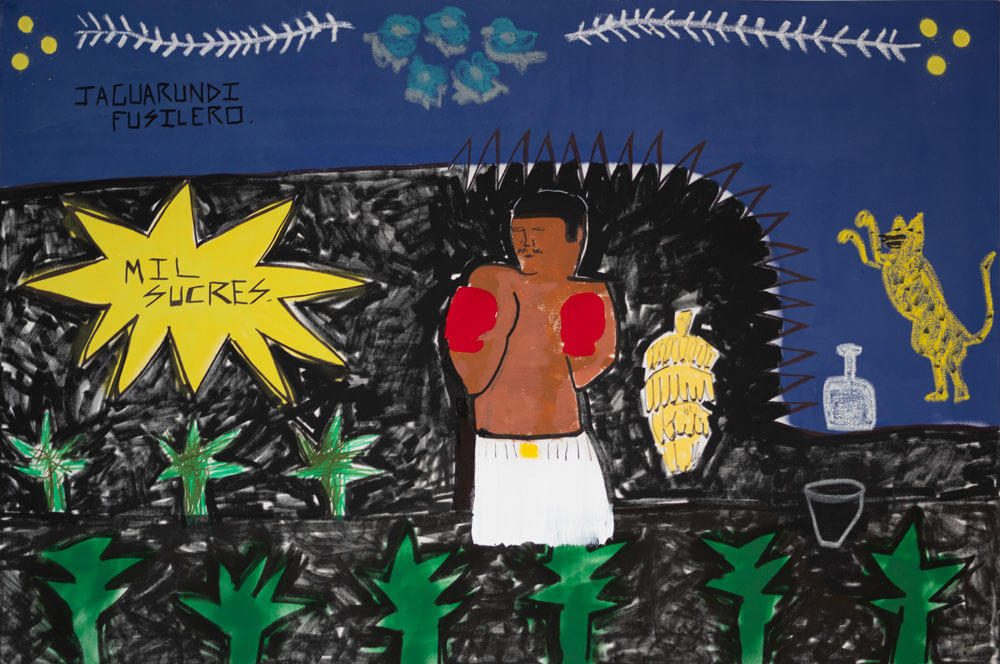 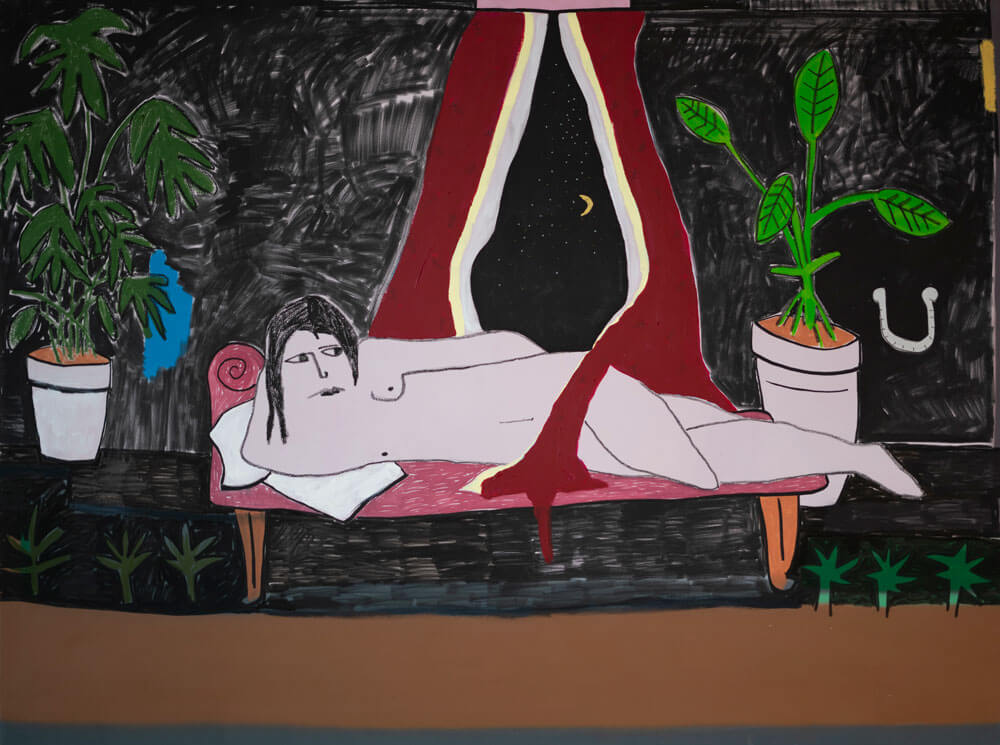 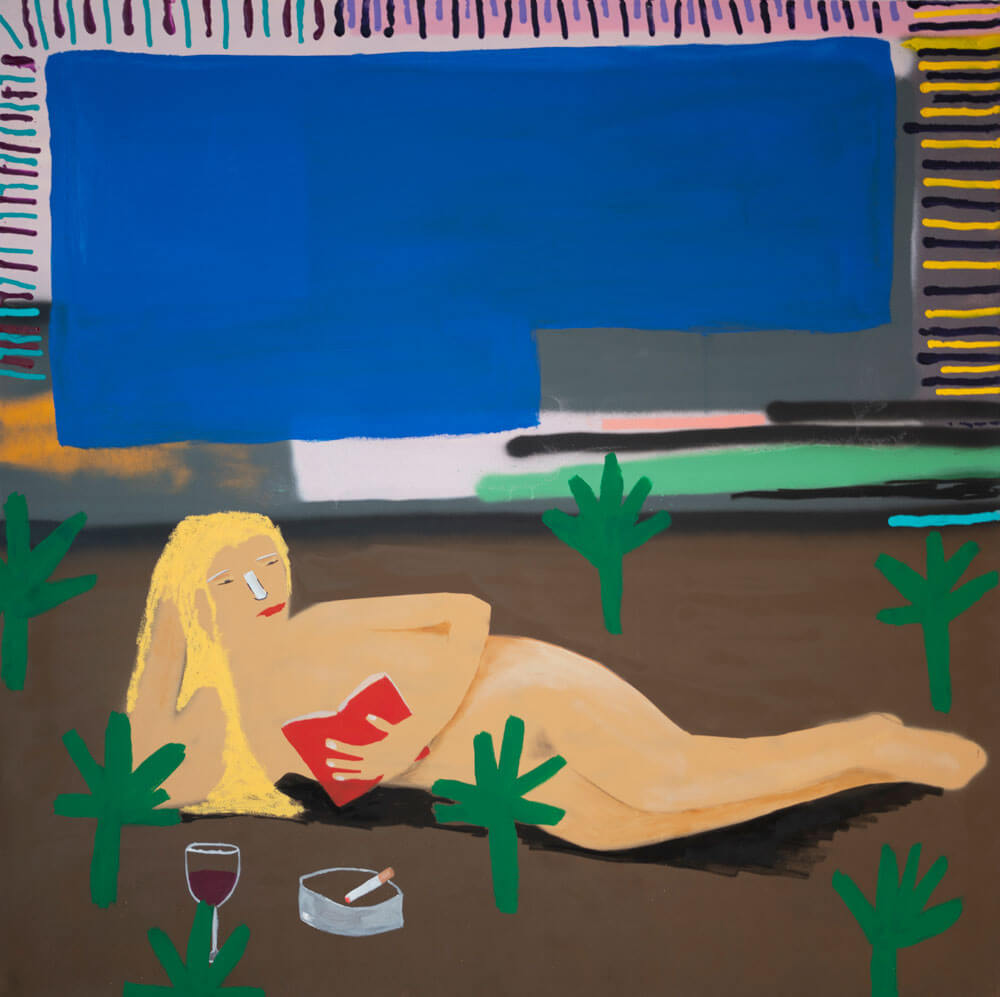 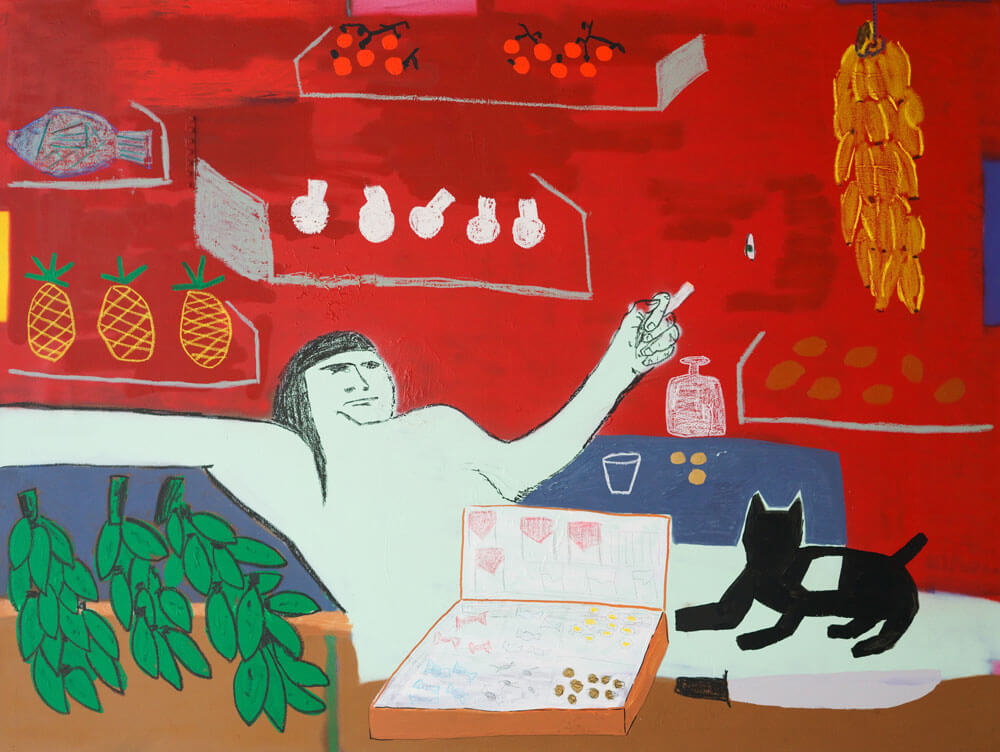 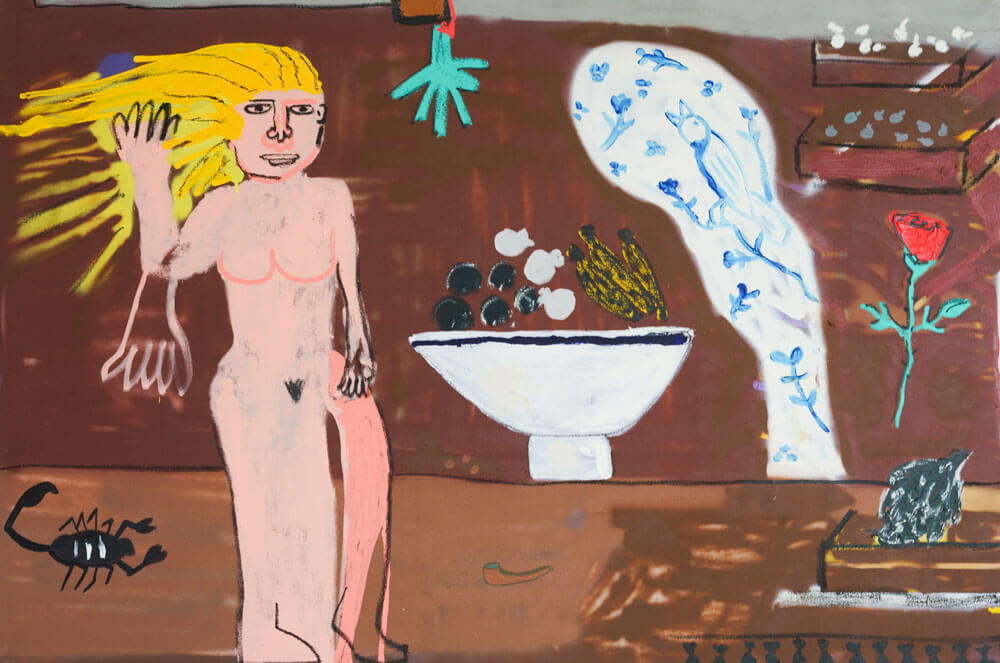 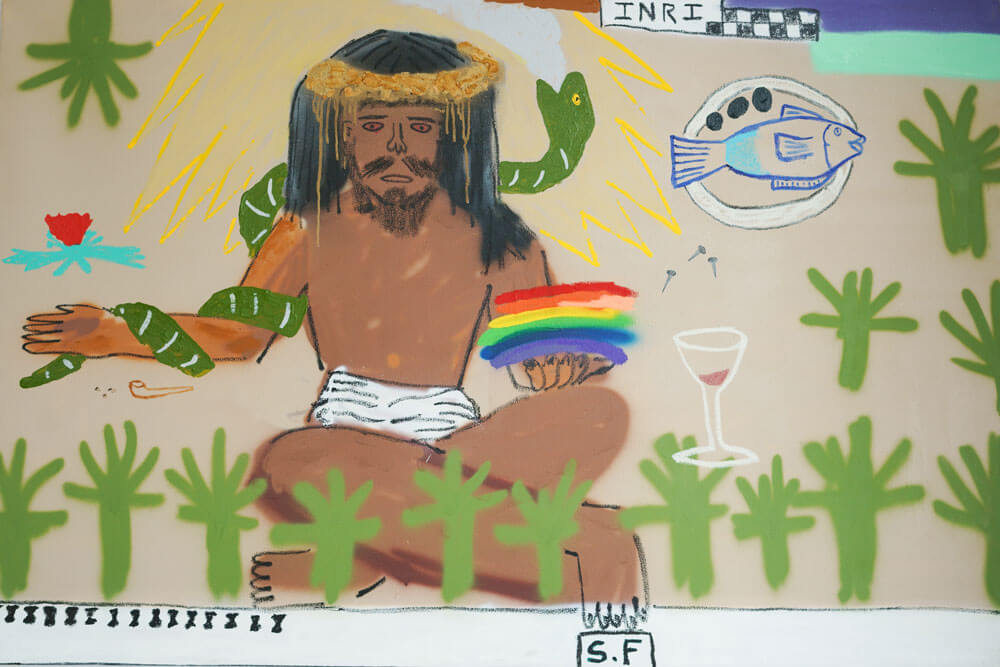 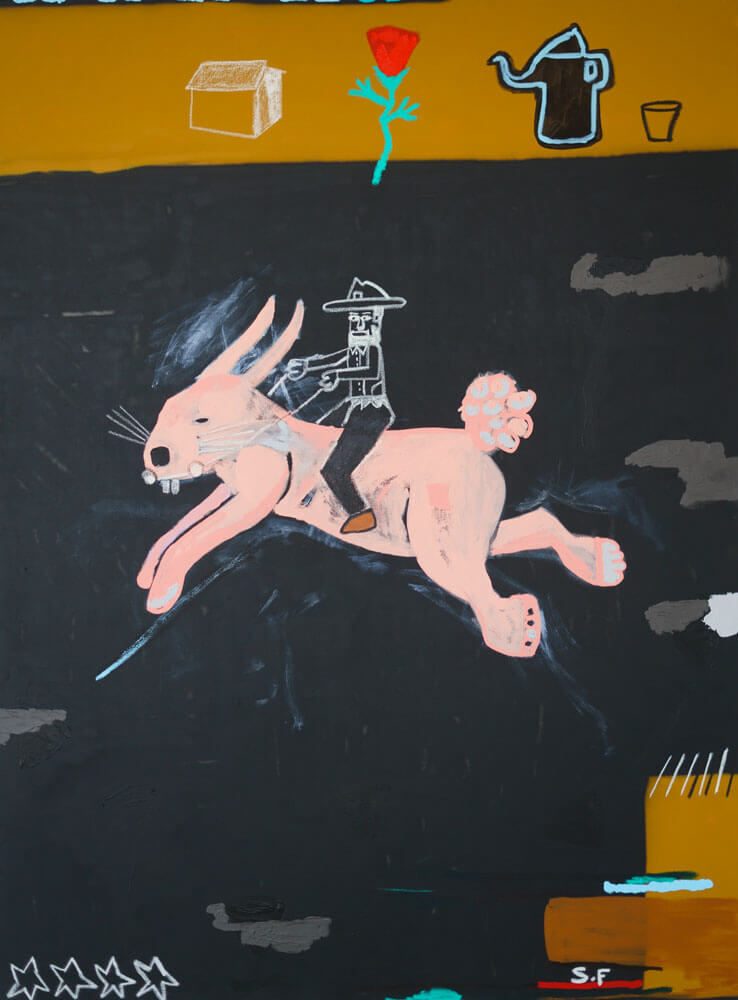 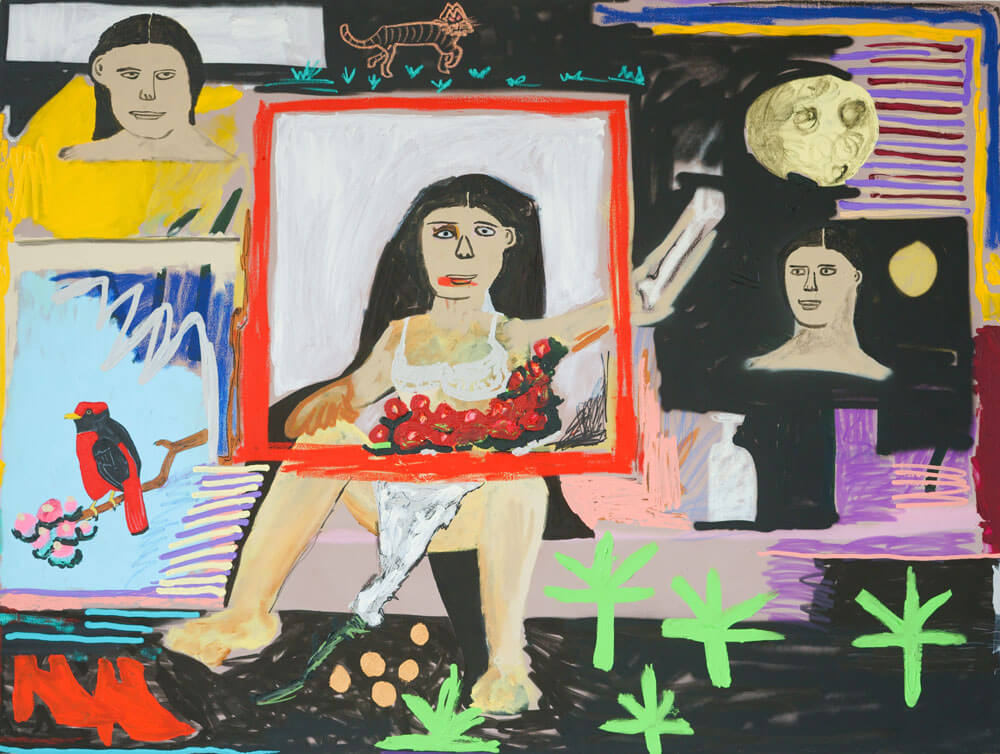